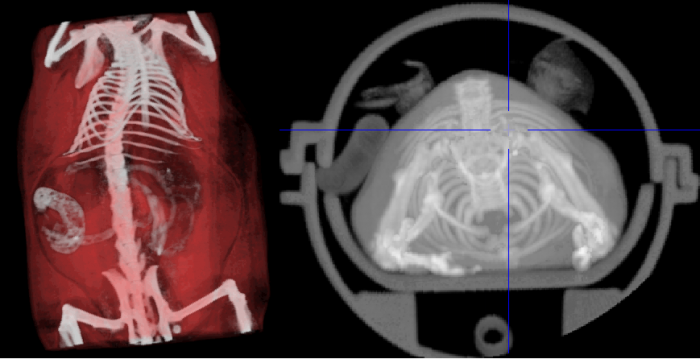 CT of obese mice with enhanced resolution of soft tissues.

We have demonstrated recently in mice (Flachs P et al. 2011. Diabetologia) that a combination treatment with 10 % calorie restriction (CR) and 9 % replacement of lipids in corn oil-based high-fat diet by omega-3 exerted additive effects in the prevention of obesity and preservation of metabolic health, while inducing mitochondrial fatty acid oxidation, quite specifically in abdominal white fat  (WAT). Metabolic changes in WAT were associated with synergistic up-regulation of anti-inflammatory lipid mediators by the combined intervention.

We aim to characterize

The goal of the project is to improve the strategy for obesity treatment using omega-3 in combination with other natural approaches, namely mild CR or its mimetics, depending on the modulation of adipose tissue metabolism (see our review article Flachs P et al. 2013. BBA).