Addiction to opioid drugs (opioids) represents one of the most severe forms of drug abuse. Opium is one of the oldest known drugs and is used for its medicinal and euphoric effects for thousands of years. Opioid dependence develops as a consequence of changes in the central nervous system (CNS) induced by prolonged exposure to opioid drugs, e.g., morphine, codein or heroin.

Opioid receptors were the first GPCR system for which there was found the evidence of the constitutive activity od receptors.

With the help of biochemical techniques, we study the effect of long-term morphine administration on the function and density of opioid receptors (OR) in the forebrain cortex of rat and the problem of the development of drug addiction. We utilize also cell lines transfected with particular type of opioid receptor. Within the OR studies, we investigate the effect of cholesterol on delta opioid receptor (δ‑OR). Techniques we use for our research include density gradient fractionations (sucrose, Percoll), radioligand binding studies, electrophoretic methods (SDS-PAGE, 2D-Elfo) a confocal fluorescent microscopy techniques (CLSM, FRAP, RICS).

Our previous results indicated that the long-term exposure of rats to high doses of morphine causes desenzitization of μ-OR- and δ-OR-stimulated G protein response in the rat brain cortex (Fig.3). This decrease may be regarded as the primary impulse for the subsequent compensatory and specific increase of AC I and II molecules in the plasma membranes of brain cortex. Currently, proteomic analysis of rat brain cortex indicated the number of altered proteins by morphine and this number was dramatically decreased 20 days since the last dose of this drug (Ujčíková et al., 2016). (For further information please see publications Bouřová et al., 2009, 2010; Ujčíková et al., 2011, 2014 a PhD thesis of H. Ujčíková 2014). 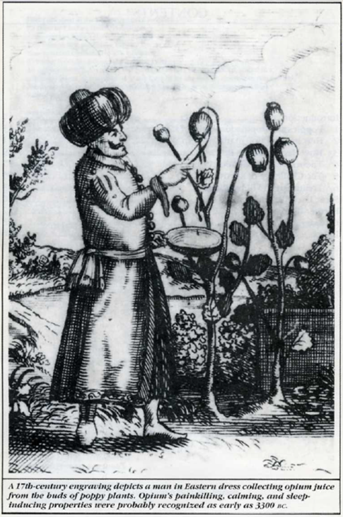